5 years ago
EFS
IT, Video Processing

The TMPGEnc Plug-in use x264 as its encoder. So it has a very high encode quality and speed. It has some most useful preset, which can be easy used. It also has almost all of the advance features of x264: CRF mode, b-pyramid, b-frames number in GOP, mbtree, macroblock type settings, psychovisual optimization, Sub-Pixel Motion Estimation Mode etc. We can easily and can also professional use this powerful plug-in.

This plug-in changed my workflow: in the past, I had to create High-bitrate exchange format for my project, which not suitable for transport in the Internet. Through AVC has good balance between quality and file size, the codec provide by Adobe Media Encoder still not so good in Internet Steams. So some people try to use some proxy rander to solve this problem. For example: Frameserver+AVS+MeGUI(also use x264).

This company also builded a product named TMPGEnc, which can work with Frameserver, through this way, people can indirectly export the AVC video file. Now, we can directly Export our AVC codec through this plugin.  It improves workflow and efficiency.

It provide some standard preset such as BD standard. 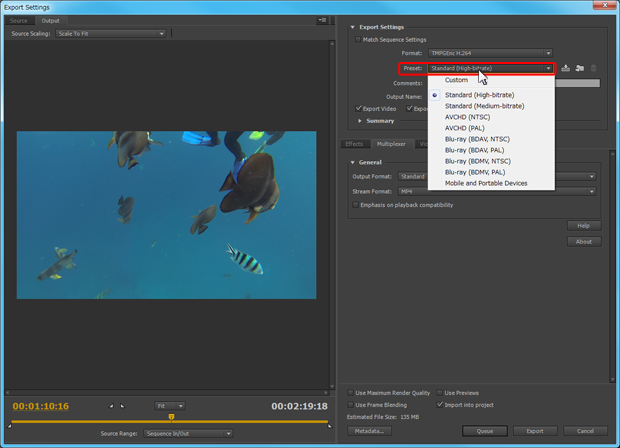 under the “Standard” perset, every parameter of x264 can be modified, we can find them from the official Doc.

This main panel also have the settings for target birtare, encode mode, encode speed, Quantification. Other settings are in the “Advanced” Menu, We can change them just like using CLI, you can try anyting you  want.

I want to replace the default encoder with the plug-in in AME, so I make some comparison between those encoders.

I chose 2 piece of video clip from Spirited Away and Guardians of the Galaxy Blue-ray disk. which can represent 2 different types of movie. I cut 2 minutes out to make the test. For x264, crf is the most important rate control mode. so I used this mode to finishing encoding test. I used preset Slower, max bitrate 30M as standard. the other group was AME h264 and x264 core 136.exe.

The export file have the similar bitrate, I recorded its encode time and made some screenshot.

Group2: Guardians of the Galaxy Bitrate:5Mbps 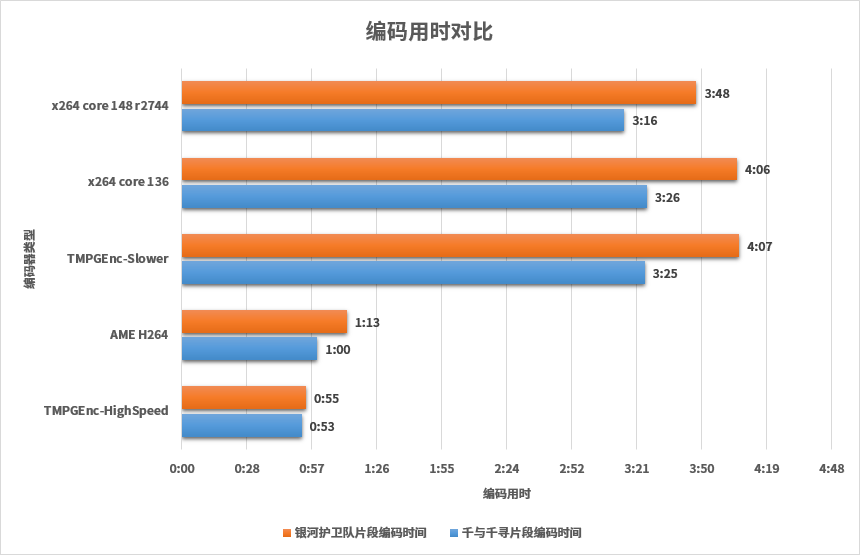 We can see the different encode speed of these codec. x264 core 136 takes almost the same time of TMPGEnc plug-in in Slower preset, AME is very fast. but when I chose Highspeed preset for plugin, it takes less encode time than AME. Let’s look at the image quality of these encoder. We can easily find the Block in AME file, It has also a heavy ringing/Haloing near to its edges, so in such bitrate the AME codec seems terrible.

At this time, plugin (highspeed mod)has a not bad performance, and the slower mode was even better. I think it is worth to use such slower preset to get a better result.

It was really a useful tools that can easily improve our video quality and also support the latest adobe cc version, so it will be a good choice for us.

Go to mobile version
This website uses cookies to improve your experience. If you continue to use this site, you agree with it.