5 years ago
EFS
IT, Others

I released a modify version of QuickBox last year, and the official source code has changed a lot, so I decide to merge these code and add some feature at the same time.

this is my project

today’s official source code has boom to version 2.5.4, I have already update these code. The Official source code is now support transmission, but still works not so good, so I try to fix it; rtorrent haven’t enable ipv6 support yet, I kept my own version to support this feature; All the language files security updates have been merged.

There is still mainly 2 problems in official source code. 1st: WebUI(enhanced) installing problem, 2nd: the service switch on the dashboard.

due to changed webui installing script, the old script will get a non-exist url as result, but the script will still change the name of official webui directory, which result of 404 not found. I just update the script to solve it.

the service control switch on the dashboard is also not works, this is mainly caused by wrong process name in php. the actual name is ‘transmission-daemon’, and it will use root to control it’s service, not ‘debian-transmission’, so I do some adjustment in dashboard.

qbittorrent is a p2p software similar to deluge. Both them based on libtorrent. They use libtorrent-rasterba, the active branch of libtorrent.

just add this software is not a hard job, but you will find a conflict while install qbittorrent and deluge at the sametime. They use different compile parameter: deluge need python-bindings, while qbittorrent need c++11 flag. These two features are mutually exclusive(The python-bindings will ignore c++11 flag). It has been resolved in the latest master branch code, the RC_1_0 and RC_1_1 still not working. So I try to make a small patch to fix it(this ideal comes from github). I made 2 patches to fix both RC_1_0 and RC_1_1, now you can successful compile with one of the two branch.

I also made a service control switch, status monitor in dashboard.

I have test this script in vultr/linode/online.net(atom platform).

if you have any question please leave a message. 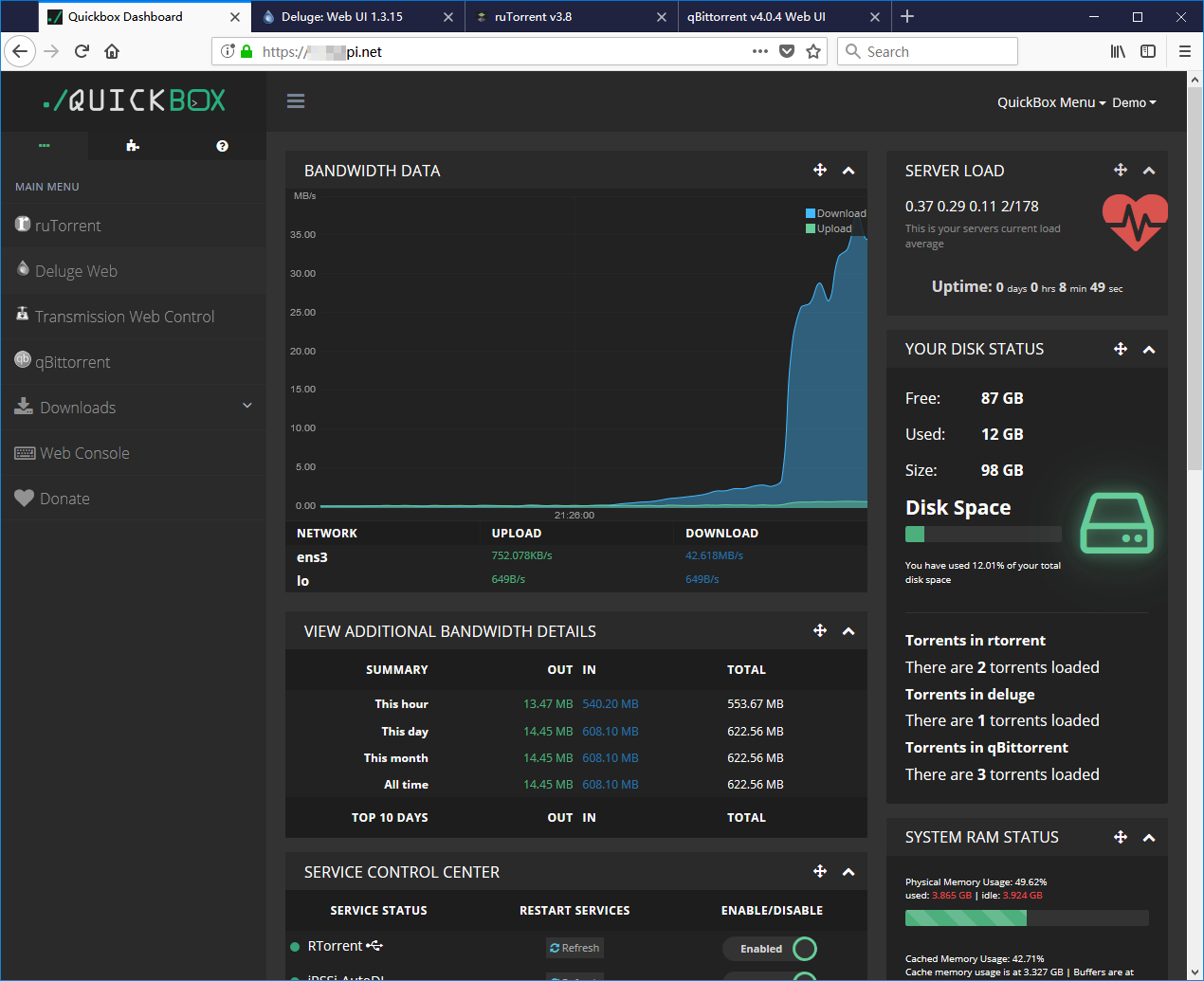 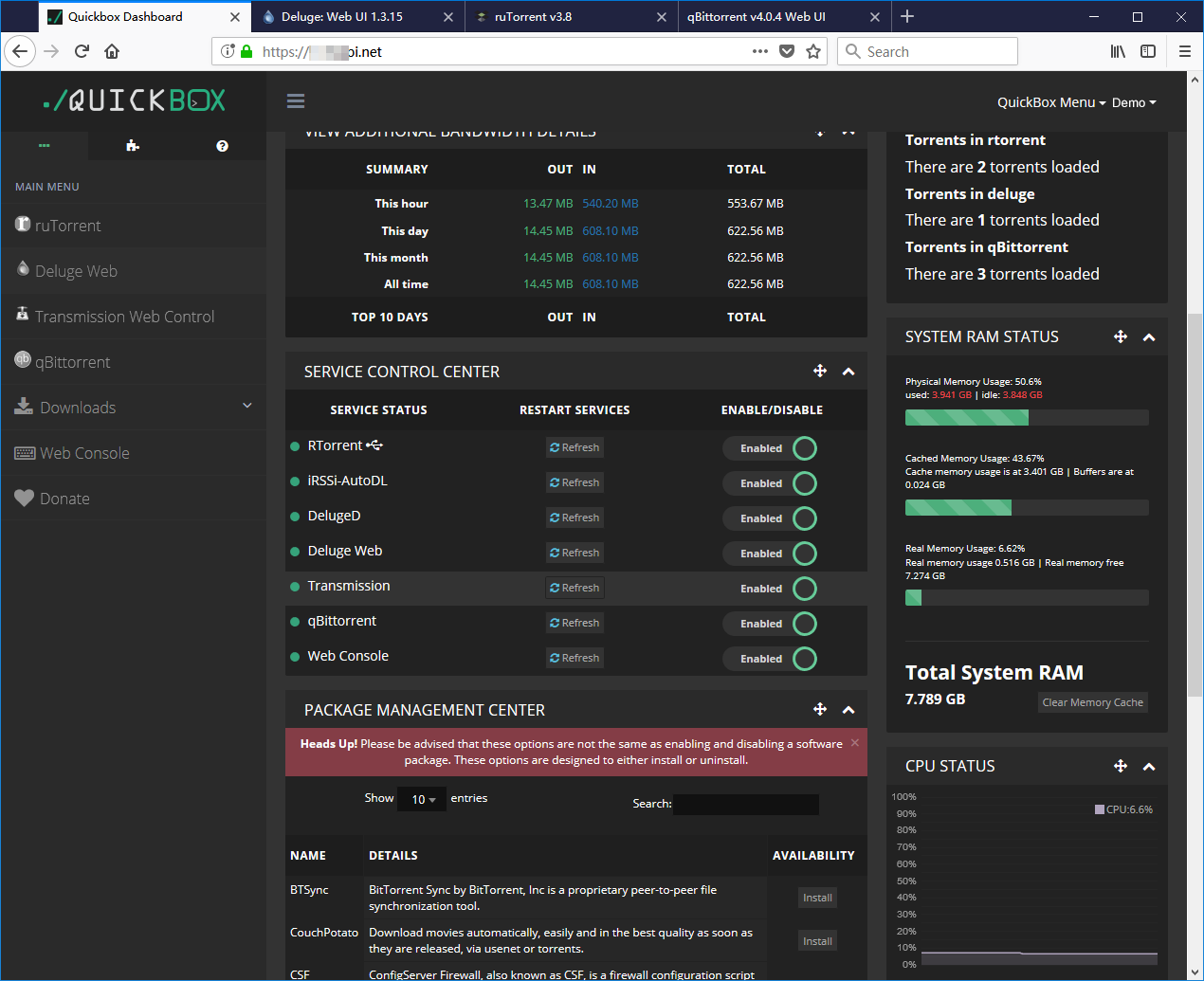 Go to mobile version
This website uses cookies to improve your experience. If you continue to use this site, you agree with it.